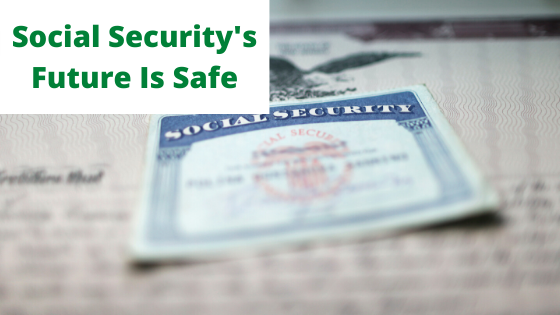 Social Security is the bedrock of Americans’ retirement income security. So you may have been concerned by the news that the federal government needed to dip into the Social Security’s trust fund to pay for the program this year.

As an economist who has written extensively on retirement and Social Security, I believe the system’s problems are manageable. The only question is whether Congress has the political will to resolve them.

Social Security benefits typically make up the largest share of retirees’ incomes, even though the average benefit is actually quite modest. In 2016, 41.2 million retired workers received an average monthly benefit of US$1,360.13.

Basically Social Security works like this: Today’s workers pay for the benefits of retirees via the payroll tax. For most of the past 35 years, workers paid more into the system than retirees received in benefits, creating a surplus that was invested in interest-accruing trust funds.

The trustees report stated that the federal government will have to tap Social Security reserves to pay a small portion of promised benefits in the current fiscal year for the first time since 1982. They also projected Social Security can continue to pay 100 percent of benefits through 2034 by relying in part on the money in the trust funds.

At that point, the trust funds will be depleted, and Congress will need to decide whether to increase revenue, cut benefits or both. Otherwise, Social Security will be able to pay just 79 percent of promised benefits in 2035 and a little less for the foreseeable future.

Social Security’s projected shortfalls over the coming decades are larger than initially estimated because, as my research has shown, rising economic inequality has pushed more individual income beyond the reach of its payroll tax, which was capped at $127,200 in 2017. This has meant less revenue and higher costs than projected.

Despite the alarmist headlines, however, this is neither the end of the world or the end of Social Security. The trust funds were never intended to be left alone – and indeed have been tapped many times since they started.

In other words, addressing the financial shortfall poses a manageable long-term challenge. For example, increasing the payroll tax by just 2.88 percentage points would cover the expected shortfall over the next 75 years.

The annual shortfall is also equivalent to about 1 percent of U.S. gross domestic product. To put this in perspective, that’s less than the 1.4 percent of GDP the recent tax cuts are projected to cost in 2019.

Paying for Social Security’s long-term financial shortfall is a matter of policy choices and political will. In my opinion, it is not an insurmountable economic obstacle.

All information is believed to be from reliable sources; however LPL Financial makes no representation as to its completeness or accuracy.

This article was prepared by RSW Publishing.