Breaking Down the Tax Bill 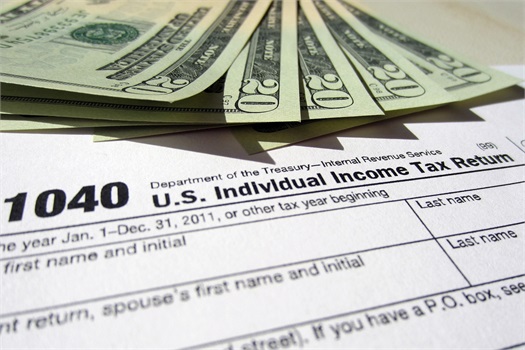 Over the last few months, Republicans in Congress have labored over a new tax bill. On Friday, December 22, President Trump signed the final bill into law.

It’s the most significant overhaul of the tax code since 1986 – and it’s something political, legal, and financial professionals will be analyzing for months to come. The Tax Cuts and Jobs Act, as it’s officially known, contains many provisions affecting everyone from parents to small business owners – provisions that could have a significant impact on your overall finances.

Taxation is a politically-charged subject, of course. Everyone has an opinion, because everyone’s got a stake. I have opinions of my own, of course, but I’m not a political analyst. I’m a financial advisor. So, I’ve tried to write this article to be as neutral as possible. For that reason, you’re about to see a lot of numbers.

Most of these provisions go into effect in 2018. That means we should start educating ourselves on the basics of the new tax bill now. To help, I’ve prepared a sort of primer that breaks down some of the main changes to the tax code. Understand, this letter is not intended to be a complete, exhaustive analysis of the entire bill. But at least this way, you’ll be familiar with some of the broad strokes.

As always, if you have any questions, please don’t hesitate to let me know. Additionally, if you would ever like me to confer with your personal tax advisor (or recommend a good one!), I would be happy to do so.

Basic Provisions of the Tax Cuts and Jobs Act

Before we dive into the new bill, it’s important to understand that most of the following changes affecting individuals and couples are set to expire in 2025. Thereafter, tax rates and other provisions revert to their current form unless extended by a future Congress.

Most of the changes affecting corporations, on the other hand, are permanent.

When Republicans in the House of Representatives released their initial version of the bill, the plan was to shrink the number of tax brackets from seven to four. The final bill retains all seven brackets; however, rates for most brackets have come down.1

Fun fact: The Tax Cuts and Jobs Act is the largest one-time tax cut for corporations in U.S. history, which are set to see their tax rate drop from 35% to 21%.2 This is slightly higher than the 20% tax rate Republicans were originally shooting for, and significantly higher than the 15% President Trump called for. But it’s still a major boon for many businesses, especially large corporations, which Republicans hope will lead to more jobs and increased investment. (Hence the name of the bill.)

To understand the changes being made to non-corporate deductions, it’s helpful to first understand how the current tax code works.

Under the new plan, the standard deduction goes up to $12,000 for single individuals and $24,000 for married couples.3 That means many people will see a very nice tax cut for the next several years.

Here are some changes to common itemized deductions:3

One of the most significant provisions in the new bill is how it affects small businesses – specifically “pass-through” businesses.

The new bill allows pass-through businesses to take a 20% deduction on their business income taxes. However, owners of service-oriented businesses (like a doctor’s office) cannot take the deduction unless their taxable income is less than $315,000 (if married) or $157,000 (if single).5

CHANGES TO THE ALTERNATIVE MINIMUM TAX

The Alternative Minimum Tax, or AMT, has long been one of the most complex aspects of the tax code. Enacted in 1969, the AMT was originally designed to prevent the wealthy from using a dizzying array of credits, deductions, and loopholes to avoid taxes altogether. Over the decades, however, the AMT began hitting those who were already paying a host of other taxes.

Calculating what amount people actually pay is a complex process, and the new bill doesn’t change that. What does change, however, is the threshold at which people are exempt. For individuals, the exemption level increases from $54,300 to $70,300. For married couples who file jointly, the exemption rises from $84,500 to $109,400.6

For corporations, on the other hand, the AMT is eliminated altogether. Most industries claim this will help them spend more on research, expansion, and jobs, which would surely be welcome news to investors.

Date of Effect: January 1, 2018
Expiration: December 31, 2025 for individuals and married couples. For corporations, the elimination of the AMT is permanent.

CHANGES TO THE ESTATE TAX

Long derided as a “death tax” by its detractors, the estate tax is not being abolished, as was originally the case. The number of people required to pay it, however, will decrease. Currently, estates passed onto heirs are taxed up to 40%, with exemptions for those with estates worth up to $5.49 million ($10.98 million for married couples).

The new law doubles both levels.4

The Tax Cuts and Jobs Act is over five-hundred pages long. As you can imagine, it contains a lot of provisions – far too many to cover in a single letter. But here’s a quick rundown of some other significant changes4:

Congress debated many provisions that ultimately didn’t make it into the final bill. These include:

Still with me? Haven’t fallen asleep yet? At least this article isn’t as long as the tax bill itself!

To be honest, there really can be no “final analysis” at this point. Tax experts are still wrestling with many of the bill’s provisions, and it may be months before we know all the consequences, intended or otherwise.
Furthermore, despite the fact President Trump signed the bill into law, plenty of questions remain, including:

Generally speaking, though, the following things are clear:

As I said above, this article is not intended to be a complete, exhaustive breakdown of everything in the Tax Cuts and Jobs Act. So, here’s what you should do: Write down any questions you may have. Hear something on the radio that doesn’t make sense? Write it down. Read something in the newspaper and want to know what it means? Write it down. Then, feel free to contact me with any questions. As always, I’ll do my best to answer them. If I can’t, I’ll direct you to a tax professional who can.

Taxes are a loaded topic, and it’s impossible to predict exactly what the future holds. That’s why my team and I will continue to examine both the new tax code and the markets, so we can keep you informed about any potential issues or opportunities.

As always, remember that we at North Oaks Financial Services are here to help you work toward your financial goals. Please let us know if there’s ever anything we can do.

LPL Financial and North Oaks Financial Services do not provide tax advice. Clients should consult with their personal tax advisors for guidance on your specific situation.